Gradients created with 16 bit vs. 8 bit

You can select the color depth in the menu.

The last weeks in GIMP development have been more than productive. GIMP has got a working 16-bits per channel color mode! Yes, this is what most of you waited for. It is working and you can test it by yourself.

Michael Natterer (a main GIMP developer) and Øyvind Kolås (was mostly working on GEGL) have met to create one of those features people wanted for years: GIMP is now capable of creating/rendering/saving images with 16 bits per color channel. This great enhancement was developed in a separate branch (called goat-invasion) and has now been merged into the main source (master).

In the images, you can clearly see the differences and advantages between 8 and 16 bit/channel images. While the left image has super-smooth color transitions in the gradients, the right image suffers from the fact of not having enough colors available at once. All of that was created in GIMP using the normal UI.

The developers have not just brought us 16-bit integer precision, thanks to GEGL they made a step further – 32-bit per channel is also available as well as 16/32-bit floating point.

You can try it yourself! Just fetch the source code from the git repository and compile it to get your personal “goat invasion” on your hard drive. The new build has GEGL enabled, and you can use hardware accelerated rendering too with your OpenCL hardware.

Enjoy! (Please note that this feature is not in GIMP 2.8 but will come in GIMP 2.10! Much work has already be done.)

There is are feature or release plans for GIMP 2.10 yet, but the development cycle is going to be shortened.

devvv member for over 14 years

Shorter release cycles will maybe be possible after 2.10. 2.10 will be a really big release with a complete GEGL based GIMP, that is basically a complete re-written GIMP.

The developers also have thinked about that they might switch to feature-based releases. So if a feature is complete it could be released much eariler to arrive at the audience.

What happened to a shorter release cycle for 2.10? It's been two and a half years.

When will 10 be out? We have waited for years for this.

Damn! I got tired of so many filters in PS CS5 being restricted to 8 bit that I installed GIMP 2.8.0 and now I read that I should have waited for 2.10. I hope it will be worth the wait!

Count me among the ranks who've long waited for GIMP to add this. I'm interested in GIS and fantasy mapping, and terrain can be simply represented as a greyscale bitmap where the value of each pixel represents height. 8 bit greyscale does not give sufficient vertical resolution, while 16 bit does, and allows GIMP like Photoshop to be used for mapmaking. 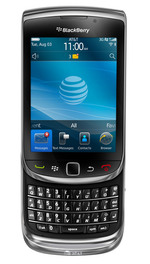 It's not _that_ hard … but takes a bit of time and manual-reading, might be easier to wait for a PPA with a precompiled version to show up.

Ok, I admit I am slow. How do I get to the "git" repository, and, once there, what code do I look to download.

Is this feature contained in some beta version of Gimp?

I know the answers to the above will be obvious to some, but not me.

The possibility of working with 16-bit or greater images is very exciting news to me. Not that I really care what PS advocates think about Gimp, but it pains me to see PS recommended over Gimp to newcomers to photo editing because PS can handle 16 bit images. How many times have a seen posted "tell me when Gimp can handle 16-bit images, then I will consider/recommend it.

I would really like to give this feature at try, so any pointers on how to find the code and get it up and running would be welcome. FYI, I run a dual boot machine, Win7Pro and Ubuntu 12.10 (or is it 12.04, I don't remember (and I'm currently in Win7) . . . I'm on the latest version of Ubuntu, whichever number it is).

Thanks in advance for any advice/suggestions.

Great work@ 16bit has always been a nagging issue in the back of my mind. Now, is there any type of a README that lists what's busted? Yes, I know it's alpha, but if it's primarily functioning I wouldn't mind giving it a whirl.

tilkau: Well, yes. This was an extreme example just for show ;) But you'll also notice such effects every time when you work on a big graphics image (ie. 1920x1200). Of course not in this extreme way, but for a professional eye its clearly visible.

These new high bit depth also enables GIMP to handle RAW files much better in the future (hopefully) since RAW has maximum color information that could not be well interpreted by only 8bit per color channel.

Devvv: In the case of brush application, I agree this happens. However the image is supposedly an example of the difference in gradients.

This is the feature I was looking the most forward too! Quality brushes, with smooth interpolation..

you can try it: just make a b/w gradient, then use the brush-tool (smooth big brush) set mode to overlay and use some color - then paint into the gradient you just dragged and you'll notice that with 8bit per color channel there will be not enough color to make smooth transitions! i think this is one of the best examples for 16bit (or more ;)).

Really really cool!!
Thx to the developers for your great work!

I hope, version 2.10 will be released soon just with 16 bit support.
I think, this is the most important feature people are waiting for!

tilkau, both images are displayed in 8-bit, the banding happens in applying some effect or other

Something's fishy with that 8 bit example... how did you possibly get it so banded? 8bits per channel is plenty for display purposes, and any banding should be much less than that. That looks more like a posterize effect.

What most of us want is an OSX version :)