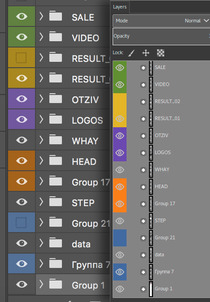 The GIMP devs are working hard and now there is a new developing version which contains lots of new cool stuff!

GIMP 2.9.6 is an important new milestone leading to GIMP 2.10 – the current version shows what coming to the users and it can be tested by everyone already!

More information and more images on everything mentioned above can be found on the GIMP website:

New comments are disabled because of spam.

Lyle member for over 10 years

When is GIMP 3.0x going to be released? This beta's been going on for way too long now. :)

Misspellings, etc. in product descriptions / advertisements are a big turn off to me.

If the effort to produce information is that sloppy, I fear the product will likewise be riddled with problems.

I have problem : gimp ask me alway to install a hard disk.
I had same problem with Rawtherape and it was found that is GTK 3 that make the problem...
A library wasn't up to date because at the start, I have a message