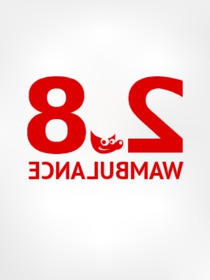 With GIMP 2.7.5, the last step towards the long expected GIMP 2.8 has been made by the developers.

This will be the last in the unstable GIMP 2.7 series. GIMP 2.7.5 is considered somehow a beta version for 2.8 or even a release candidate. It has exactly the same features and functionality which 2.8 will have. The devs want to really release in (late?) March. No more real bugs are blocking the release (Michael Natterer and others have fixed them all in the last weeks). The last big missing thing was the lack of support for the PDB paint API which has also been fixed now! So all the important stuff is completed.

Currently the final text for the release notes for 2.8 is being written. After 2.7.5 only the completion of the release notes, a decision for a splash screen and some Web updates have to be made. So, GIMP community, you’ve been patient – very patient but now prepare for the launch of GIMP 2.8 – it seems to be almost imminent. Wohohoooo ;)

As always, the link to the GIMP 2.7.5 source code is available in our downloads section. As soon as a Windows build is available, we will update this article.

(Taken from the NEWS file)

Kneops member for over 10 years

That's bad news for me :(. I'm already searching the web for people who would like to get involved in this. I'm not a programmer myself, helas...

There are no relevant changes to Exif and IPTC support in 2.7.x (and 2.8). See the following bug report: https://bugzilla.gnome.org/show_bug.cgi?id=56443

"With the current estimates we won't have time to do this for 2.8. In fact, I don't think we will get around doing it for 2.10 if not someone from the outside starts working on this. Putting on milestone Future."

Maybe you can help to find someone who wants to add this to the affected file format plug-ins?

Great news! But what about the continuing story of the missing/stripped exif and iptc data? I would gladly do without all the new and improved features and have iptc/exif support. Can't do without it, being a professional photographer :(.

There is an article at http://www.gimpusers.com/tutorials/compiling-gimp-for-ubuntu that can be used as a guide.

@Sol & StarSunflower : as far as I understand, GIMP 2.7.4+ can't be installed in ubuntu prior to 12.04 because of some dependancies (glib and gtk+). And by the way, trying to upgrade those libraries on old Ubuntu versions will most certainly ruin your system, so I guess we'll have to wait until both Ubuntu 12.04 and GIMP 2.8 come out.

Nice! Do you know if the final release will be available in the 10.04 (Lucid) *buntu repos? I can only get up to 2.7.2 with http://ppa.launchpad.net/matthaeus123/mrw-gimp-svn/ubuntu

It's amazing what you guys continually do and improve! Really stunning software! (of which I probably can't use more than 2%, so feature-rich it is!). Thanks!!